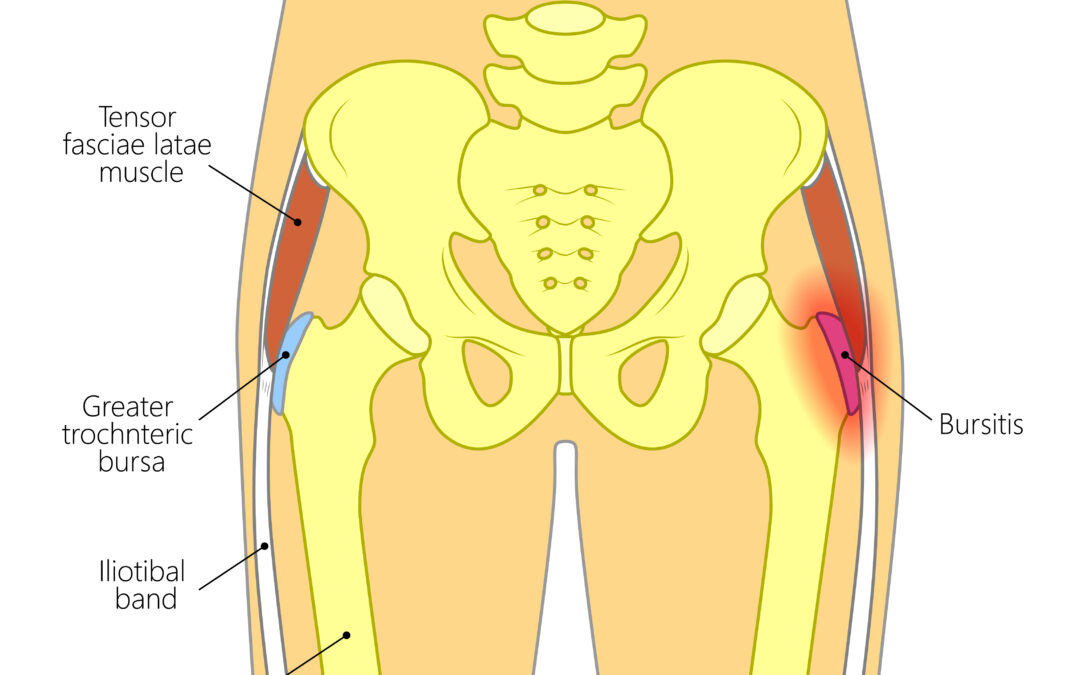 Trochanteric bursitis is a condition that causes pain on the outside portion of the hip. Patients generally complain of pain when lying on their side, pushing on the side of their hip or walking. The pain can mild to severe and at some points debilitating. I find that people often have their bursitis overlooked and misdiagnosed which delays the recovery. So what exactly is trochanteric bursitis?

When the bursa at the greater trochanter is inflamed it is called trochanteric bursitis. Generally, it is caused by a tight iliotibial band (IT band) causing friction over the greater trochanter. The bursa sits between the bone and IT band and becomes irritated. Occasionally patients sustain a fall and this can cause the bursa to become inflamed as well. It is important to differentiate between bursitis and an abductor tendon tear which can occur in the same area and often present in the same way. Often the tendon tears will result in weakness whereas bursitis should not cause functional issues.

Most people with trochanteric bursitis respond to a stepwise conservative approach. Non-steroidal anti-inflammatories (NSAID’s) and a stretching program to work on the IT band are often all that is needed to resolve the issue. In cases where the pain is severe or has not responded to therapy and NSAID’s then an injection of corticosteroid is very often effective. The vast majority of patients have resolution of their symptoms within a few months of conservative treatment.

In the small number of cases where pain does not improve then an MRI is ordered to evaluate for a possible abductor tendon tear or other cause of pain. If trochanteric bursitis is confirmed as the cause of pain at that point surgery may be considered. I take a minimally invasive approach to the problem whereby I remove the inflamed bursa and lengthen the IT band so that it is no longer rubbing up against the bone via two small poke hole incisions with the use of a small camera. The majority of patients feel improved with an 8 week period. Physical therapy is recommended following surgery to ensure that the IT band does not scar back and cause issues in the future.

Although surgical treatment is rarely needed I do receive a significant number of referrals for patients with recalcitrant bursitis. As a result, I tend to perform surgery for trochanteric bursitis regularly. I have found that most patients are quite happy following their procedure and usually wish they had not waited so long to seek treatment!

Dr. John Andrachuk is a leading Orthopedic Sports Medicine surgeon in Atlanta with offices in Midtown and Sandy Springs. Learn more about Dr. Andrachuk, and contact him today. 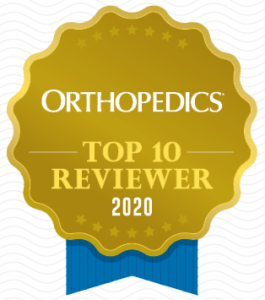